Welcome, gravers! As promised, we are presenting the official list of our 10 horror movie recommendations on Tubi. If you missed our last Instagram Live stream where we discussed this list, shame on you…

Just kidding! We still want to be able to provide all of you genre lovers and even new fans with as much information about great movies as possible. After all, in times like these, we can all do with a little escape. Find the list below, with our thoughts and links to the relevant IMDb articles, and enjoy being frightened.

Like with our Shudder list, we want to point out that we are not affiliated with or sponsored by Tubi. It is, however, a fantastic streaming service that is 100% free and features a huge library of good films, especially horror! You won’t find too many newer additions here, but their selection is impressive nonetheless. You can watch for free – with minimal ads – on tubi.tv and register for a free account if you’d like to add content to your watchlist! 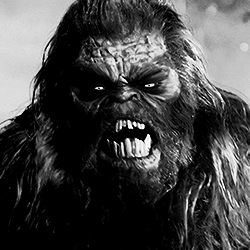 Release Date: 2006
A relatively overlooked but fun-as-hell creature feature, Ryan Schifrin’s Abominable follows a wheelchair-bound man who is forced back to the site of a grisly accident and encounters a menacing threat. This movie features some nice kills, a rugged and terrifying monster design, a great score, and an incredibly interesting Rear Window-like perspective on all of the ensuing carnage. Did we mention that Jeffrey Combs and Lance Henriksen make cameo appearances!? 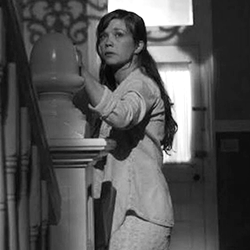 Release Date: 2017
You’ll probably have an idea of what’s going on in Michael William’s The Atoning pretty early on, but it doesn’t take away from the nuanced, emotional tale of these characters. What begins as a relatively stereotypical haunted house movie later becomes a spooky, atmospheric allegory on grief, guilt, and the things that hold a family together – and tear it apart. The cinematography is also surprisingly good for a lower-budget independent flick! 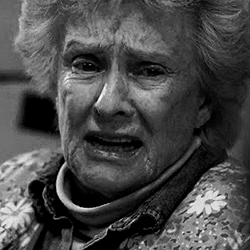 Release Date: 2011
A cautionary tale if there ever was one, Tom Mattera and David Mazzoni’s The Fields wants to make sure that you don’t go into the cornfields, or else… Little Steven is taken to stay with his grandparents (how about the great Cloris Leachman, everybody!?) in the country due to his shitty parents’ fighting and begins to have a paranoia about Charles Manson and his gang of murder-hippies coming to take his life. This one is appropriately dreary, sad, and tense, and a great watch if you want atmosphere. 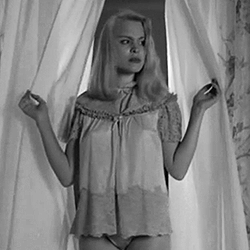 The House on Sorority Row

Release Date: 1982
It’s about time – our first real 80s horror suggestion on these lists! Mark Rosman’s The House on Sorority Row is a classic that typically falls behind other great slashers of its time like Halloween and The Burning but is just as entertaining. When a college prank results in an accidental death, a group of teens is stalked and killed off one-by-one… what more could you ask for!? This one has hot babes, plenty of gore, and a bad-ass final girl that breathes some new life into the role. 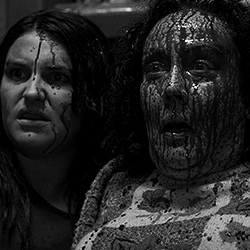 Release Date: 2014
A personal favorite horror-comedy of Barnabas’s, Gerard Johnstone’s Housebound comes all the way from New Zealand and puts a fun new twist on the “haunted house” story. Morgana O’Reilly’s Kylie gets into trouble and lands under house arrest with her overbearing and oddball mother but soon discovers that something strange may be going on in the house. There are several great twists, plenty of blood, witty humor, and some genuinely exciting scares. 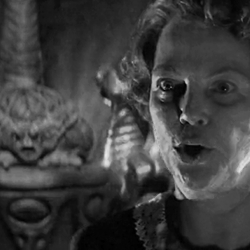 Release Date: 1986
The middle child of three horror babies that Tobe Hooper birthed for Cannon Pictures, Invaders From Mars is less scary than it is adventurous, but still features some awesome scenes from one of the genre’s masters. If you’re at all into sci-fi horror, Invaders has some of the most jaw-dropping set and creature designs that you’ll find in the subgenre, and some cool kills to boot. After all, when isn’t a malevolent alien invasion a little terrifying? The great Karen Black also stars. 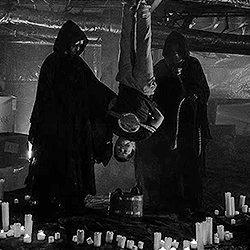 Release Date: 2018
A surprisingly entertaining addition in horror from the past couple of years, Abiel Bruhn and John Rocco’s The Night Sitter takes some pretty obvious inspiration from Argento’s Suspiria and puts its own twist on it. The neon lighting, witches, and old-school soundtrack fit the bill, but the twisty babysitter-focused storyline makes this movie quite fresh. It’s paced well too, so you’ll never really be bored following the plight of these poor saps – we mean, characters! 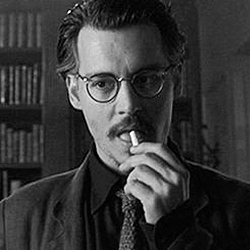 Release Date: 1999
Though it’s certainly one of the two most well-known horror films on this list, Roman Polanski’s The Ninth Gate is still a gem of a story about the occult and digging too deep into subjects that should never be tampered with. Johnny Depp plays a determined rare book collector on the hunt for a text that is said to summon the devil. Nothing can possibly go wrong there, right? A bigger-budget work, The Ninth Gate is an example of great storytelling, acting, and unsettling tone. Consider the director’s background carefully before watching, or not watching, we’ll understand. 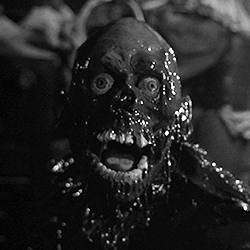 The Return of the Living Dead

Release Date: 1985
Quite possibly the most prolific and respected horror film on this list, it is easily one of our favorite movies of all time. Despite its status, we had to recommend it purely based on how gruesomely terrific Dan O’Bannon’s The Return of the Living Dead is. Whether it’s a new viewing or a rewatch, the flawless humor and writing, as well as the highly intense zombie action, should make any horror fan squeal in joy. Who doesn’t like BRAINNSSSS!?? 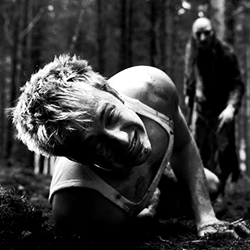 Release Date: 2007
Paddy Breathnach’s Shrooms is an appropriately trippy look at what can happen when you don’t know anything about your local hallucinatory fungi – a lesson to be learned, for sure. When a group of friends looking for a good time travels to Ireland to partake in such an experience, something – obviously – goes very wrong, and a chilling legend lurks both in their vulnerable minds and in the woods. The film uses the character’s highs to great effectiveness, making for an intense supernatural slasher.

Thanks for reading! If you enjoyed this article, please be sure to check out our others here. Next weekend, we’ll be back on Instagram Live to give our suggestions for horror to watch on Hulu, followed up by a similar article right here on the web-ssssssite, so don’t crawl back into your tombs just yet… Follow us to tune in!