Welcome, gravers! As promised, we are presenting the official list of our 10 horror movie recommendations on Hulu. We initially suggested these over Instagram Live, so if you happened to miss out, follow us and stay alert for any future content!

As always, we want to point out that we are in no way affiliated with Hulu, but it is a great streaming service. The platform has some fantastic TV shows, having recently partnered with FX, and a solid horror collection as well. Though their oldies are a little bit lacking, Hulu makes up for it with a slew of quality original content and some of the better new selections in the genre. In fact, we’ve chosen quite a few of those down below!

If you’d like to see what Hulu has to offer, you can sign up for a free trial now at their website, and membership starts at only $5.99 per month. 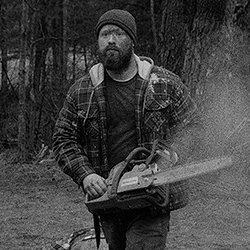 Release Date: 2013
It’s no surprise that the first recommendation on this list is also one of the goriest. Almost Human is the debut feature of Joe Begos, director of 2019’s wonderfully bloody Bliss, and though the style of film differs slightly, it is every bit as enjoyable. Sort of a proto alien-slasher film, Almost Human delivers with some insane sequences and breakneck pacing once the action really roars into high gear. The cinematography, meant to emulate the mid-70s, is also quite impressive for a lower-budget horror film. 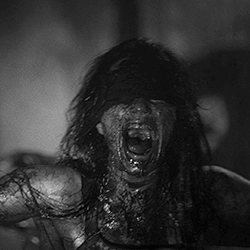 Release Date: 2015
Did somebody ask for “fucked up”? Because we aim to please, and Can Evrenol’s debut feature Baskin will scratch that itch. Praised upon it’s release, Baskin has remained somewhat overlooked by the horror community at large and deserves better. This Turkish production follows a squad of police officers who answer a distress call in an odd town and end up in a hellish landscape. Unrelenting, bloody, and surreal, Baskin is the personification of some of your darkest nightmares. 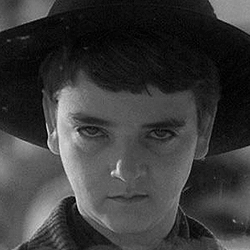 Children of the Corn

Release Date: 1984
We’re all probably familiar with Fritz Kiersch’s Children of the Corn, but would you believe that some people have never seen it? Never experienced “He Who Walks Behind the Rows”? This adaptation of Stephen King’s short story has a lot going for it, despite some of the usual 80s cheesiness. The titular children, led by the menacing Isaac, are wonderfully creepy, and the tone of the film is definitely unsettling. Children is definitely some of the best pseudo-religious horror of the time, and worth a watch or rewatch.

Release Date: 2013
Some of these new-age “webcam horror” movies get a bad rap, and Zachary Donohue’s The Den is one of them. Despite appearing like every other movie of its kind, The Den separates itself with some poignant commentary on the dangers of exposing yourself to Internet anonymity without being so direct about it. A woman studies the Chat Roulette-like service The Den and finds herself stalked by killers. There are certainly some now-cliche elements here, but the tension is very effective, and you’ll find yourself invested in the mystery. 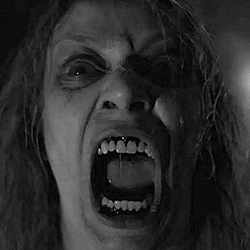 Release Date: 2017
We’ve reviewed Jeremy Dyson and Andy Nyman’s Ghost Stories on the podcast before, but it’s truly one of the better selections on Hulu. An anthology that flows and connects between its segments and bridging story more linearly than most anthologies, Ghost Stories features some quality acting from some recognizable faces and a few cool tales. The segments are not the most unique you’ll ever see, but the film as a whole feels very complete and well-executed, and you’ll enjoy the evolving twists and turns as well.

Release Date: 2012
Ahh, the Irish. Stereotypically drunken ruffians, the coastal Irish people of Jon Wright’s Grabbers actually use their crux – or strength? – against slimy sea monsters in hilarious and horrifying fashion! Yes, alcohol is the weapon against these tentacled terrors and it’s quite an innovative concept that pairs perfectly well with a cleverly written horror-comedy such as this. You’ll also find some wonderful performances from The Chilling Adventures of Sabrina’s Richard Coyle and other prominent Irish actors. This one is a real treat. 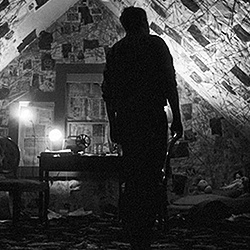 I Trapped the Devil

Release Date: 2019
Josh Lobo’s I Trapped the Devil is the definition of a slow burn, but that certainly isn’t a bad thing. Patient viewers will be rewarded with a truly unsettling display of paranoia and doubt. When a man’s family unexpectedly visits him on Christmas, they soon learn that he believes to have trapped the Devil in his basement. Obviously, panic ensues, and the tension is more than palpable. Fans of creepy, Twilight Zone-like storytelling will be sure to appreciate this one. 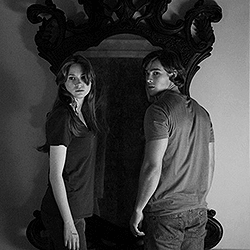 Release Date: 2013
Mike Flanagan’s Oculus has been around the block for a while now, being his sophomore film and first big theatrical release. Still, the film probably doesn’t get as much love as it should, and it’s a must-watch for any horror fan. Though it may be perceived as a typical paranormal story, Oculus is well-written and powerfully directed, subverting those cliche elements with an interesting focus on a haunted mirror and the experiment conducted on it between two siblings to prove the supernatural nature behind their parent’s deaths. 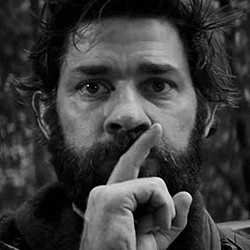 Release Date: 2018
Another film that we’ve discussed early on in the podcast’s lifespan, John Krasinski’s A Quiet Place is one of the more popular horror films on this list. Despite having that blockbuster status, the film is effective in showcasing the horrors of a post-apocalyptic world where sound is your natural enemy. A lot of people may not enjoy it purely due to its prominence, but A Quiet Place has its fair share of intense moments and awesome production design. If you haven’t seen it yet, now is a perfect time!

Release Date: 2015
The more “proper” anthology of the two on this list, Southbound features multiple different directors and five distinct but interconnected segments following a host of poor souls on a devilish stretch of highway. Where one segment ends, another essentially begins, but the happenings of each tale are quite different. Still, the film has a very ominous tone throughout it and should be applauded for its consistent atmosphere and some creepy motifs. On top of that, the overarching themes are presented in a contemplative way. This one will keep your interest.

Thanks for reading! If you enjoyed this article, please be sure to check out our others here. Next weekend, we’ll be back on Instagram Live to give our suggestions for horror to watch on Netflix, followed up by a similar article right here on the web-ssssssite, so don’t crawl back into your tombs just yet… Follow us to tune in!