Welcome, gravers! We wish you all the best and hope you are staying healthy and safe in these trying times. To aid you in keeping your sanity – or lack thereof – we have compiled a list of 10 personal suggestions of what to watch on Shudder! If you’re cooped up and want monsters, madness, and mayhem, these are the perfect films to turn off the lights for.

We are not sponsored by Shudder, but it is a phenomenal service for horror fans. If you’re just getting into the genre, or are a die-hard fan looking for an underrated gem, Shudder will likely have something for you. You can sign up for a free 7-day trial on www.shudder.com, and it’s only $4.99 a month if you too decide that you literally couldn’t live without it!

Release Date: 1996
For the old-school monster fans out there. Often overshadowed by the likes of An American Werewolf in London and The Howling, Bad Moon deserves more puppy love. Depicting the age-old struggle of man-beast vs. beast, Eric Red’s fun monster movie features great practical effects work (including a fantastic werewolf design), likable characters, and one very good boy.

Release Date: 1993
A joint effort between horror maestros John Carpenter and Tobe Hooper, Body Bags is a criminally under-looked anthology. Featuring Carpenter himself as the creepy Coroner, an underrated host, the film contains three fun, ironic segments, led off by one our personal favorite anthology segments ever, “The Gas Station.” Similar to Tales From the Crypt, this movie features a star-studded cast of characters.

Release Date: 1993
This movie proves that the Italians can even make moody Lovecraftian thrillers. Thanks Mariano Baino. In Dark Waters, a woman chases her recently-deceased father’s activities to a secluded island with an event more secretive convent. If you’re in the mood for nightmarish nuns and captivating settings, this is the one for you. Bonus points for a pretty cool ending that should make any horror fan pleased.

Digging Up the Marrow

Release Date: 2014
If you’ve ever perused the work of Alex Pardee, you kind of know how perfectly most of his pieces would fit inside a horror movie. Well, director Adam Green (Hatchet) had the same idea. Marrow is a mockumentary exploring Pardee’s work without ever really making that fact obvious, using it as the catalyst for purported “monster sightings” that our crew investigates. Ray Wise is great as the grizzled detective Dekker, and this one basically ticks all of the found-footage horror boxes. 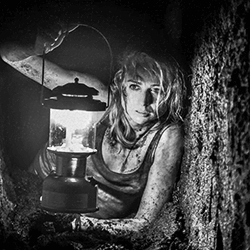 Release Date: 2014
A newly-discovered personal favorite of ours, From the Dark is a relatively unknown Irish production by director Conor McMahon. It perfectly uses the Irish moors and countryside as a backdrop for a rather effective monster movie, in which a couple becomes stranded on back roads and must seek help at a nearby farmhouse. When an ancient creature stalks them, they must use light to fend it off. As you might expect, lighting is employed very cleverly here, and coupled with the intensity and isolation of the situation, makes for a uniquely enjoyable late-night flick.

Incident in a Ghostland

Release Date: 2018
Certainly one of the most depressing films on this list, but what do you expect from Pascal Laugier, the director of Martyrs? Ghostland follows two young girls who, with their mother, move into a new home and are forced to battle with two terrifying intruders who commit unspeakable things to the girls. Despite the disturbing subject matter, the film is beautifully crafted – impressively weaving together “realities” – and absolutely riveting, featuring some of the best performances of 2018. 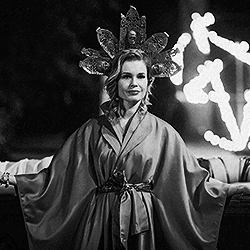 Release Date: 2019
Satanic Panic (also known as “Panic” in Walmart – the fuck?) is a wild, fun ride. Arguably the only real horror-comedy on the list, directing newcomer Chelsea Stardust spins a bloody good tale of a newbie pizza-delivery girl who accepts a five-pie order to a weird, wealthy neighborhood. As you might expect in a movie like this, the rich white people turn out to be… let’s just say, absolutely nuts. The movie has some impressive visuals and hilarious moments (‘Kill-do,’ anyone?), and is worth the price of admission. 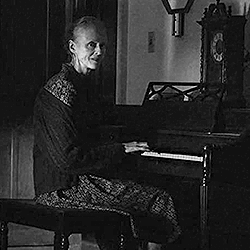 The Taking of Deborah Logan

Release Date: 2014
Huh, 2014 was a pretty good year for horror. Adam Robitel’s debut feature remains his best, in our humble opinion. Another daring documentary film crew follows the elderly Deborah Logan through her struggles with Alzheimers – or is it? The film quickly ramps up in intensity and displays some truly unnerving imagery, particularly of the highly effective Jill Larson as the title character. The story itself is sort of typical, but still fun to play detective with, and the atmosphere is a defining element. Watch this if you want to turn on the nightlight to sleep. 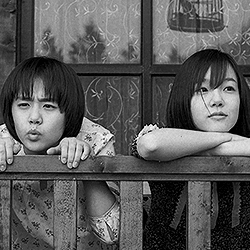 A Tale of Two Sisters

Release Date: 2003
The Korean precursor to the inferior 2009 remake, The Uninvited, Jee-woon Kim’s A Tale of Two Sisters is the other heart-breaker on our list. Also featuring two sisters (obviously), this psychological horror film also contains a dread-inducing ghost story that follows a sister’s return from a mental institute and an awful family reunion. Like Ghostland, Two Sisters challenges the viewer to accept whether or not something is actually real, and features powerful performances backed up by some shocking scares and beautifully melancholy camerawork. 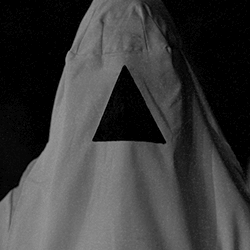 Release Date: 2016
Jeremy Gillespie and Steven Kostanski’s The Void harkens back, in many ways, to the monster movies of old that used nearly entirely practical effects to raise the horror way past 11. The special effects work is seriously brutal and awe-inducing, and the film is absolutely an edge-of-your-seat nail-biter that doesn’t give up. The story itself is a little hazy and the characters not particularly likable, but those aren’t the draws. If a weird triangle cult, Lovecraftian monsters, and other awesome sci-fi horror elements don’t sound appealing to you, what does?

Thanks for reading! If you enjoyed this article, please be sure to check out our others here. Next weekend, we’ll be back on Instagram Live to give our suggestions for horror to watch on Tubi TV, followed up by a similar article right here on the web-ssssssite, so don’t crawl back into your tombs just yet…