Welcome back to another Painful Picks article, gravers! Last weekend, we delved into some guilty pleasure horror films and we’ve included the entire list of recommendations below. From the tongue-in-cheek, campy splatter flicks to the truly awful – but enjoyable – originals, we all have some guilty pleasures that we love to hate or hate to love… but can’t help turning on to entertain ourselves! Sometimes the critics hate ’em, and sometimes even you, the audience, despises them, but these we love.

These movies are available on a host of different streaming services, but for the purposes of this particular list, we used Shudder, Netflix, Hulu, Amazon Prime Video, and Tubi primarily. If you want to check out any of those services, hobble your way over to our previous Painful Picks articles here and read the relevant article to see how you can sign up for a free trial, or subscribe if you really like the service. 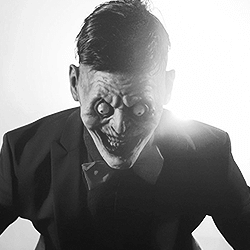 Release Date: 2016
Beware the… phone app? The Vang Brother’s Bedeviled takes advantage of modern sensibility for cellphone technology by embedding a supernatural entity in a creepy app. The premise may make some of your eyes roll, but these are guilty pleasures, after all! The lighting and cinematography are actually done reasonably well, but the coolest part of this indie flick is definitely the creature, a bug-eyed but spooky phantom that terrorizes some stupid teenagers. Isn’t that just what we all need to see sometimes? 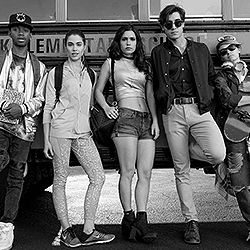 Release Date: 2017
This one falls more into the “so bad it’s bad” category of horror, but is an enjoyable romp nonetheless. Blair Hayes’s Deadly Detention employs a pretty cliche-ridden premise and not-so-great acting, but once again sets up a group of annoying teens to face their collective doom. When you’re facing down an overwhelming list of movies on a Friday night, something like Deadly Detention can be an unassuming and fun flick (and yes, pretty terrible, but that’s part of the appeal!).

Release Date: 1981
Quite possibly the worst movie on this list, quite literally, Jimmy Huston’s Final Exam has a special place in Samael’s heart as the bastard love child of Halloween and, well, the Columbine massacre? The basic story involving a hulking, knife-wielding killer is pretty much a rip-off, but a whole bunch of college kids are once again murdered in satisfying fashion and there’s a hilarious scene involving a “prank” that apparently involves a terrorist attack/school shooting. Wild. 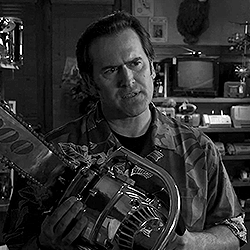 My Name is Bruce (Tubi)

Release Date: 2007
Talk about self-awareness. Bruce Campbell directs Bruce Campbell in, you guessed it, My Name is Bruce (Campbell). The man we know and love paints himself as a bumbling, down-on-his-luck B-movie star who gets kidnapped by a die-hard fan to defeat an ancient Chinese demon – which he does mainly to hook up with the kid’s mom. It’s a hilarious and enjoyable campy adventure that only Bruce could throw together, combining his cinematic cult persona with that of his most popular character. If it’s flown under your radar, that definitely needs to change! 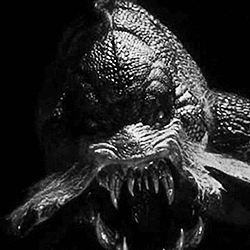 Release Date: 1997
Maybe the most serious film on this list, Peter Hyams’s The Relic adapts the book of the same name by Preston & Child. It qualifies as a guilty pleasure mainly due to the critical disinterest and admonishment as well the questionable CGI, but that doesn’t stop us from loving it. At it’s worst, it’s kind of police procedural creature feature with outdated CGI (even for the time), but at it’s best it’s a bloody good time featuring a pretty unique monster, cool setting, and a pretty great cast. I see you, Tom Sizemore. 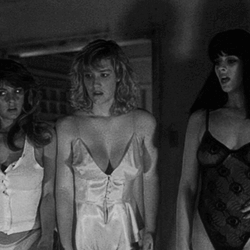 Release Date: 1986
A feisty college co-ed believes that she’s been in her sorority house before… and she’s right! The psychopathic killer that just escaped also has something to do with it. We’ve seen similar before, but Carol Frank’s Sorority House Massacre does it in the perfect, mid-80s style way. There’s some psychological horror, some bikinis, a few breasts, and plenty of college kid killing. Massacre is super low-budget, and it’s very noticeable at times, but it’s a pretty cool and overlooked slasher. 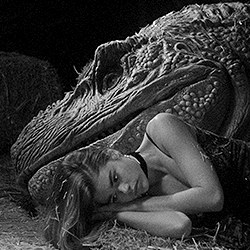 Tammy and the T-Rex (Shudder)

Release Date: 1994
Hilariously, Stewart Raffill’s Tammy and the T-Rex was one of the first feature film credits for both Denise Richards and Paul Walker, and it sure shows. That’s not a bad thing though – this movie owns its super cheesy premise and awfulness to great effectiveness and has become a true cult classic over the years. When a mad scientist attempts to put a human [Paul Walker] brain into an animatronic T-Rex, it miraculously works, and the conscious Paul Walker-Rex goes on a killing spree looking for the scientist and his cronies as well as his true love, Denise Richards. This movie was shot in about a month and is a pure, trashy joy ride. 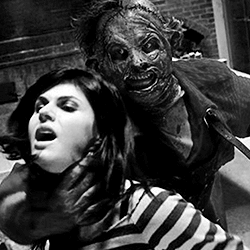 Release Date: 2013
The Texas Chainsaw Massacre movies have gotten a pretty bad rap over the years, and it isn’t too surprising when considering something like John Luessenhop’s Texas Chainsaw 3D. To his credit, Luessenhop attempted to breathe some new life into the franchise with what he thought was an interesting twist and storyline, but it sort of fell flat, and the rest of the film suffered for it. Despite that, Leatherface is gnarly and brutal as always and the kills are much the same, so there is definitely a good time to be had seeing the famed slasher kill some kids. The 3D is okay too, if you’re into that. 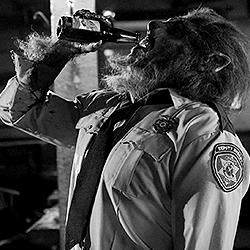 Release Date: 2014
Now, it’s fair to say that Lowell Dean’s WolfCop falls into that “so bad it’s good” category that makes for a charming instant classic. That said, a lot of people will still think it’s bad – there’s weird werewolf/human sex with wolf dick, cliched cultists, and plenty of dumb moments that will make you shake your head… but chuckle at the same time. The completely not obvious police officer Lou Garou undergoes a drastic transformation to fight evil in this cheesy, slapstick horror comedy, featuring some genuinely fun practical makeup and awesome gore. 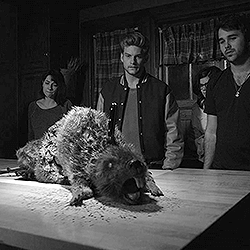 Release Date: 2014
Jordan Rubin’s Zombeavers might have one of the hottest female casts in recent horror-comedy memory, so that’s definitely a plus. It’s especially important when you realize how stupid the plot is, although the filmmakers are perfectly aware of that. Zombeavers is a fun spoof of all of the far-too-serious zombie ripoffs like Zoombies and a bunch of other crap, but really entertaining and actually humorous. The makeup team definitely has to be commended for those grotesque human-beaver hybrid looks.

Thanks for reading! If you enjoyed this article, please be sure to check out our others here. Next weekend, we’ll be back on Instagram Live to talk about some hidden horror gems on any streaming platform, followed up by a similar article right here on the web-ssssssite, so don’t crawl back into your tombs just yet… Follow us to tune in!