Welcome back, gravers, to yet another week of Painful Picks during this queasy quarantine period… last weekend on Instagram, we discussed and recommended ten excellent horror films from the aughts (or the 2000s, in this case)! It was a transformative decade, to be sure, where we saw the rise and fall of post-Scream campus slashers in the early 2000s that led to a lot of unique creature features and stellar adaptations. The success of many of these films at an independent level drew eyes to horror once again, and the latter part of the decade saw films like Paranormal Activity and Insidious amass box-office dollars and, eventually, huge followings, bringing horror back into the limelight.

The list below doesn’t feature these massive hits, but a good mix of critically-acclaimed, popular horror alongside some overlooked and underrated gems. As with our last list of 90s horror recommendations, we wanted to cast a wider net and not be limited to movies that were solely on common streaming services, so you may have to pay to watch some of these films or even find them on platforms you may not already be subscribed to. Still, if they’re on this list, they’re worth the watch! Trust us, won’t you? As always, if you have any questions about specifically to find any of these films, or want to know more information about the films themselves, don’t hesitate to send us a message or leave a comment below. 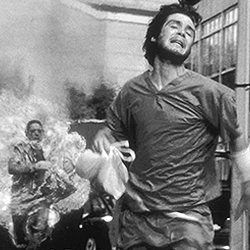 Release Date: 2002
Now widely regarded as one of the best “zombie” films of all time, if you can call them that, Danny Boyle’s 28 Days Later is a landmark effort in early 2000s horror filmmaking. Backed by an awesome cast, great cinematography, and some of the most exhaustive but simultaneously incredible production design done for film, 28 Days Later feels bigger and more perilous than any zombie flick that’s come before it. It’s easy to determine the gravity of the situation and how desperate our characters are to survive, and later how terrible some humans tend to be when they learn they can no longer be opposed. This film is a violent and scary portrayal of a post-apocalyptic England and should be mandatory viewing for any horror fan. 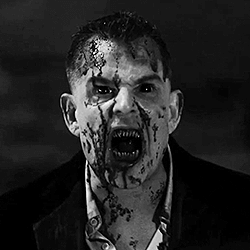 Release Date: 2007
Whereas our previous film could be regarded as one of the premier monster movies of the early 2000s, it’s hard to argue the status of David Slade’s 30 Days of Night in the second half of the decade. As far as vampire movies go in that time period, it was second to none, and could very well be the most effective monster movie in general. Adapted from the graphic novel of the same name by Steve Niles, this movie expertly displays the bloody carnage that a horde of vampires inflicts on the residents of a small Alaskan town that descends under the cover of darkness for 30 days every winter. The creatures are terrifying, the dark atmosphere is crafted perfectly, and it’s an incredibly intense experience worth watching. 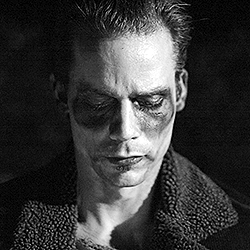 Behind the Mask: The Rise of Leslie Vernon (Prime Video, Shudder, Sling)

Release Date: 2006
Scott Glosserman’s Behind the Mask: The Rise of Leslie Vernon almost seems like the lone soldier going off to fight an army of enemies. After the middle of the decade, the contemplative slasher movies inspired by Scream and I Know What You Did Last Summer were dying out, replaced by effects-heavy monster movies, remakes, and eventual franchise starters. Behind the Mask defied the trends and introduced, yes, another slasher movie to the genre, but a very different one. Where Scream parodied the slasher genre and its tropes while establishing a new icon, Glosserman’s meta project instead attempted to offer explanations to burning questions like “how did the killer catch up to her by walking?” or “how did he survive that fall!?” The mockumentary style that reveals the answers to these questions while maintaining a sort of traditional slasher story is wonderfully innovative and will satisfy the cravings of old- and new-school horror fans alike. 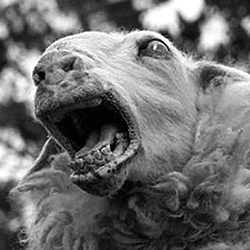 Release Date: 2006
Speaking of creature features, how about the first horror-comedy on our list? When ovinophobe (that’s the fear of sheep) Henry returns to the farm in New Zealand that he grew up on, he’s forced to contend with the greedy and unethical older brother that took over the family business as well as, you guessed it, mutant zombie sheep! Jonathan King’s Black Sheep is a raucous, sheep balls-to-the-wall splatterfest that features great practical efforts strewn across a gorgeous green countryside setting. The story here is pure fun and the characters and script are pretty hilarious. You might want to skip the popcorn for some parts of this one, unless you have an iron stomach. 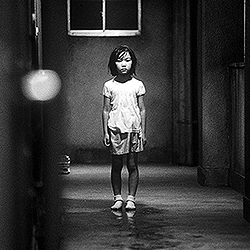 Release Date: 2002
Though it’s sadly the only foreign film on our list today, Hideo Nakata’s Dark Water deserves a mention. The Ringu director’s follow-up to that petrying feature received a rather dry American remake in 2005, but the original is great; it’s spooky as hell and very well-composed, so while you won’t really be shaking from fear under the covers, you’ll definitely be creeped out. The plot follows a recently-divorced mother moves into a dingy new apartment with her daughter, who obviously can’t sit still for a minute. The two discover the last remnant of a girl who went missing on the property and a moody mystery ensues. Water is used to great effectiveness along with very natural lighting, diagetic sound, and chilling paranormal scenes. If you want to watch more of a classic ghost story, this one is for you. 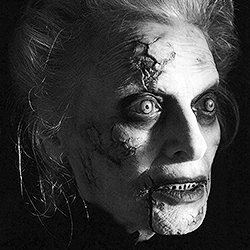 Release Date: 2007
Many of you in the horror community are probably familiar with James Wan’s Dead Silence, but if not, you should be. Following up the commercially successful Saw, Dead Silence trades in a gritty bathroom for a more traditional, linear horror tale that follows a man tracking down the source of his wife’s murder. Somehow linked to this is a disturbing doll that appeared at their doorstep and the legend of Mary Shaw, a ventriloquist with a sordid past. The urban legend of Mary Shaw is definitely spooky and adds to the creepiness of the entire film, which is tinted blue and favors unsettling vibes to the subtle humor Wan employed in later films. This is definitely a wonderful late-night watch. 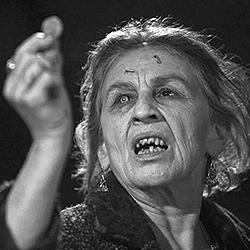 Release Date: 2009
The legendary Sam Raimi returned to horror in 2009 with none other than Drag Me to Hell, a lovingly original and well-executed callback to the style of horror-comedy that he made famous in the late 80s and early 90s with Evil Dead 2 and Army of Darkness. Drag Me to Hell made it pretty easy for us to take pity on the main character, Christine Brown, whose poor judgment call at work caused her client to place a curse on her. Several horrifying exchanges between the old woman and Christine ensue, along with some wacky eyeball gags and a talking goat, but it’s the overall experience that makes this movie. It’s unique, evocative, and will simultaneously disturb you and make you howl in laughter, as any good Sam Raimi movie should! 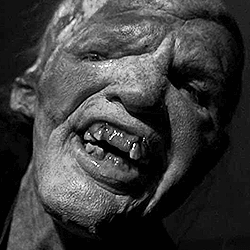 Release Date: 2006
Often considered one of the better horror remakes out there, and for good reason, Alexandre Aja’s The Hills Have Eyes improves Wes Craven’s 1977 exploitation film quite dramatically. Modern cinematography and makeup effects, along with an isolated sandy setting, make the rape and murder of the Carter family by New Mexico mutants that much more difficult to watch. Where the remake really shines is in the grisly vendetta of unexpected hero Doug and his canine companion, who avenge their family in brutal fashion. Aja’s remake feels like one of the only American productions to really compete with the movement of New French Extremism in the same decade, which I imagine Wes Craven found to be quite impressive. 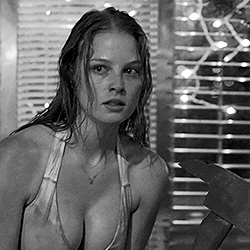 Release Date: 2007
Perhaps the least-known horror flick on this list, Franck Khalfoun’s P2 actually warrants comparison to our previous film because it features the same writer, Alexandre Aja! Khalfoun directs Aja’s screenplay with tenacity and grit, never wavering from trying to create an unsettling mood and antagonist. The film follows a businesswoman who becomes trapped in the parking garage of her office building by a crazy garage security guard who claims to just want her company on Christmas Eve… as if, right? Wes Bentley plays the demented killer very well and Rachel Nichols does a great job as the innocent but resilient heroine too. P2 doesn’t really have many frills, showcasing some good pacing, tense violence, and a dark and creepy setting that remains pretty original to horror thrillers. 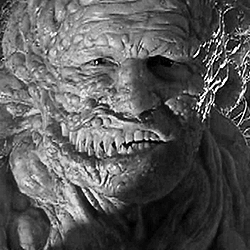 Release Date: 2006
Finally, we have to round out this list with another wild movie. James Gunn’s Slither has developed a sort of reputation as a gross-out horror film, featuring the exchange of many slimy bodily fluids, tentacles, and the famous scene of poor Brenda all blown up – quite literally. It’s kind of interesting to examine Gunn’s career path after this wacky ride of a horror movie, but his brand of comedy and action is still evident, backed by a good mixture of practical effects and CGI that highlight the alien menace plaguing this small town. An incredibly talented and surprisingly synergistic cast round out the movie and, in all honestly, probably make it a lot better than it had any right being. Michael Rooker as the weird Grant Grant really knocks it out of the park.

Thanks for reading! If you enjoyed this article, please be sure to check out our others here. Next weekend, we’ll be back on Instagram Live to talk about some of our favorite 2010s horror movies, followed up by a similar article right here on the web-ssssssite, so don’t crawl back into your tombs just yet… Follow us to tune in!