Gravers, we’re back with yet another list of movies! Last weekend on Instagram live, we discussed 10 of our favorite horror films from the decade we know best, the one we were both born in… the 90s! The 90s was an interesting time, a simpler time, full of wacky toys, plaid, and a horror genre that would define generations to come. In the 90s, new horror franchises made their marks and went on to gain cult status akin to those of the 80s and Scream inspired a setting conducive to meta slashers. Between those, plenty of original new horror was created as well.

As with the 80s list, the picks below constitute some of our favorite 90s films as well as some recommendations of lesser-known flicks that may be a little trickier to find, but well worth the effort. If you prefer to find your horror movies easily, you can check out our other lists found in the “Obituaries” section of the website that will be linked below the list. If you have any questions about any of the following platforms or where else you can find some of the more buried movies, feel free to send us a message or leave a comment on this article. 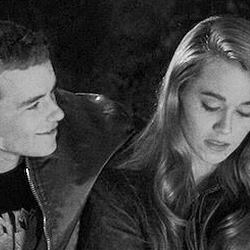 Release Date: 1997
We begin with the first and only anthology on this list, a lesser-known gem by directors Matt Cooper, Martin Kunert, and David Semel called Campfire Tales. This late-90s entry fits right in post-Scream by featuring plenty of teens sitting around telling spooky stories that unfold right before your very eyes, and the stories are quite familiar. Seemingly inspired by a few popular urban legends (more on that later…), the movie adds it’s own fun twists and maintains an eerie tone throughout, perfect for a late-night watch with a big bowl of popcorn. 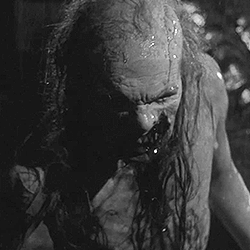 Release Date: 1995
The latter of Stuart Gordon’s Lovecraft adaptations in the 80s and 90s, Castle Freak is inspired by the short story “The Outsider” but takes many liberties in expanding the lore presented to the viewers as well as the monster. In fact, it’s quite a different story altogether. Castle Freak follows a family, featuring great performances by Jeffrey Combs and Barbara Crampton as the parents, who inherit a huge castle in Italy and are forced to contend with a deformed, savage creature that’s been locked in the dungeons for years. The makeup application of the titular Freak is one of the best of the decade, and the movie itself is a darker and more grisly departure from Gordon’s prior adaptations, which were rife with extravagance and humor. The atmosphere in Castle Freak is also particularly fantastic, especially the third act which takes place on a murky night during a thunderstorm. 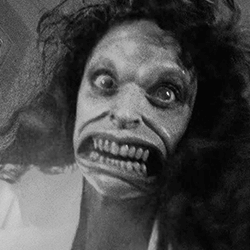 Release Date: 1995
You can’t get much wackier in the 90s than Anders Jacobsson’s Evil Ed, and the movie is quick to let you know that. A sort of love letter to 80s movie even before Scream blew people away the following year, Evil Ed follows a film editor that loses himself while working on some graphic and disturbing slasher films. As you might expect, Evil Ed has various references and Easter eggs while developing it’s own wild story and characters, leading to some memorable scenes. It functions as a serviceable slasher too, but this is a great hidden gem for you nostalgic horror lovers out there. 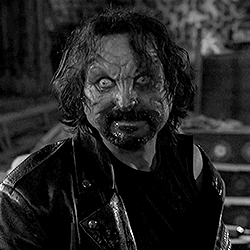 From Dusk Till Dawn (Showtime)

Release Date: 1996
Talk about two crazy sides of the same fucked up coin. Robert Rodriguez’s From Dusk Till Dawn has, perhaps, the most overtly insane twist in all of horror, maybe film in general! Because it would be a disservice to talk about the movie without mentioning it, Dusk goes batshit mode halfway through its run-time by transitioning from a sepia-toned crime thriller to full-blown vampire gore-fest almost out of nowhere. It’s a change that has left many people scratching their heads, but also made life-long fans of others. It’s one of Barnabas’s favorite movies of all time; the script by Quentin Tarantino is fantastic, featuring great characters and dialogue, the cinematography and soundtrack are classic, and the vampire effects are some of the best in horror. The monsters in this film and the situation the protagonists find themselves in are actually terrifying, and it makes for an exhilarating experience. 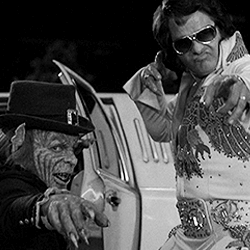 Release Date: 1995
While we don’t normally mention sequels on these lists, Brian Trenchard-Smith’s Leprechaun 3 is a fine exception. Serving as almost a standalone adventure, the third entry in the cult Leprechaun franchise finds our favorite little green monster in Las Vegas, up to his eyeballs in greed, corruption, and money – what better place for him!? Opposing him this time is a desperate young man and his new girlfriend, but when the man is infected with the Leprechaun’s blood, he’ll have a crucial decision to make… the movie once again employs plenty of fun humor and some great practical effects that make for entertaining and creative kills. The setting of Vegas is also utilized quite well, and it’s certainly one of the flashier and more well-rounded Leprechaun films. 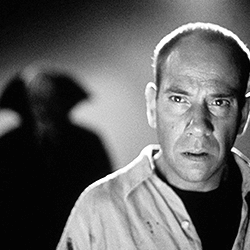 Release Date: 1997
An adaptation of the Stephen King short story of the same name, Mark Pavia’s The Night Flier is a true buried treasure in the vampire subgenre. This one’s probably a little more difficult to find on disc than even Campfire Tales, but well worth it. The movie follows Richard Dees, the star newspaper reporter of a schlock tabloid, who embarks on a cross-country hunt for a mysterious “night flier” that lands at small airfields and drains its residents of their blood. Though initially skeptical, Dees is drawn further into the mystery as he visits the scenes of the crimes just after the shadowy Dwight Renfield departs. The movie has a great mood, playing out like an investigate piece where clues are picked up along the way and we see scenes derived from witness interviews. The score is creepy and subtle and the effects are quite gripping as well. 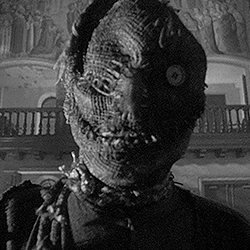 Night of the Scarecrow (Physical Disc)

Release Date: 1995
Another relatively difficult movie to find, Jeff Burr’s Night of the Scarecrow is another original conception from the mid-90s that added to the supernatural monster craze of the time, before Scream flipped the genre on its head a year later. This movie takes place in another small town where a group of teens frees the soul of a warlock that inhabits a scarecrow and proceeds to murder townsfolk in brutal fashion. Another enjoyable late-night flick, the scarecrow design is quite cool and the kills are engaging. It also has the benefit of being one in a very small sampling of scarecrow horror films, which are sorely lacking! 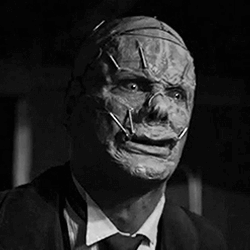 Release Date: 1991
Another nostalgia-fest by Mark Herrier and Alan Ormsby, Popcorn will appeal to the old theater-going horror lovers that attended midnight releases and sporadic horror film marathons our parents would’ve killed us for going to. When such a marathon is organized at an abandoned theater, a mysterious killer begins to pick off movie-goers one by one. The kills, on average, aren’t anything incredible, but there are several unique moments that are worth watching for, and the killer is actually one of the more interesting to come out of the 90s. Interesting, the film is also a sort of tribute to the legendary William Castle, whose work inspired much of what you see in Popcorn. 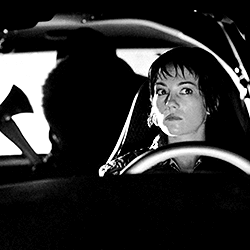 Release Date: 1998
The other urban legend-based horror film on our list and one of the most popular, Jamie Blanks’s Urban Legend is one of the better “new” slashers of the late 90s and early 2000s. With a decent budget and a great cast, the film successfully explored several other urban legends that center around a college campus where people are being killed off in strangely coincidental fashion – or is it? The scenes referencing the urban legends are written well and the story and characters are able to develop just fine around them, so it never actually feels too gimmicky or short-lived. As with other slashers in this era, the mystery behind the killer is also intriguing and leaves you guessing right until the very end. 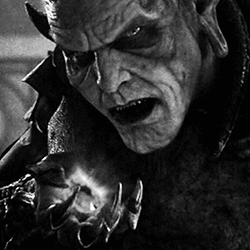 Release Date: 1997
Lastly, one of the lesser-appreciated cult horror franchises began with an explosive first entry, Robert Kurtzman’s Wishmaster. With one of the gnarliest opening scenes of the decade, Wishmaster proceeded to be an enticing film about the old adage, “be careful what you wish for” (much like Leprechaun before it). A few parts are a little wacky, owing to some hammy humor, but for the most part, Wishmaster is unsettling and has some great practical efforts work. The story and script are okay, but the main draws are the kills and Andrew Divoff’s wonderfully scary portrayal of the nightmarish Djinn.

Thanks for reading! If you enjoyed this article, please be sure to check out our others here. Next time, we’ll be back on Instagram Live to talk about some of our favorite 2000s horror movies, followed up by a similar article right here on the web-ssssssite, so don’t crawl back into your tombs just yet… Follow us to tune in!