Welcome, gravers, to another edition of our Painful Picks! We meant to share this list via Instagram live streaming but were unable to find the opportunity, so we decided just to post it here and not let these terrifying recommendations go to waste! This time, we’ve scoured the crypts and tombs of the horror genre to pick out some of our favorite monster movies, some of which you’re probably familiar with, and some that may have been lurking just underneath the surface of your imagination! We believe this list contains a good mix of older classics and newer pleasant surprises that contain the kind of horrifying beings that you wish would only haunt your nightmares.

All of the films listed below can be rented or bought through various digital services, and many can be streamed through some popular platforms. If you’d like more detailed source information you can find it over at JustWatch, a really fang-tastic service that is up-to-date with the services available to watch nearly any film, or just contact us directly and we can help you figure it out. We are not affiliated with JustWatch whatsoever but we do often recommend the service to anybody inquiring about where to watch certain films.

Release Date: 2005
Our first entry into this list of creepy creature features is the perfect highlight of 2000s-era monster madness coupled with late-90s horror humor. John Gulager’s Feast is an overlooked and underappreciated sort of homage to grindhouse gore, but quite a lot more meta. With seemingly no explanation, monsters surround a bar full of unsuspecting patrons out in the middle of nowhere and it’s up to the rag-tag crew to fight them off. The monsters (practically made up) are sweet, there’s a ton of gross carnage, and the movie is just flat-out fun. 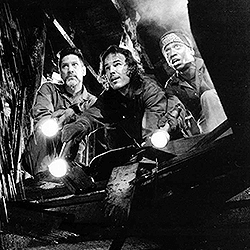 Release Date: 1990
Similar to another underrated Stephen King adaptation of the 90s in The Night Flier, Ralph S. Singleton’s Graveyard Shift builds up a popular short story into an 89-minute thrill ride of rat-infested proportions. When a drifter arrives in a small Maine town (where else?), he finds work during the titular graveyard shift at the local textile mill – an awful, exhausting job that he must share with some equally awful people. The place is plagued with rats, despite exterminator Brad Dourif’s best efforts, and to top it all off, they must contend with an even larger, more gruesome monstrosity! The monster here is subtle but genuinely cool and scary when you do finally see it, and there are plenty of good moments to be had. Just don’t expect anything Oscar-worthy, this one was the unfortunate victim of snobby critics and a short-lived box office residency. 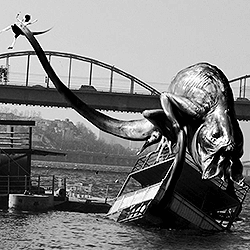 Release Date: 2006
Before Bong Joon Ho struck Oscars gold with Parasite and made the environmentally contemplative Okja and Snowpiercer, there was The Host. Often lauded in foreign horror circles and included on lists of underrated horror films, The Host is a poignant mashup of monster action and themes involving pollution, government coverups, and the bond that holds a family together. The monster CGI is slightly outdated but doesn’t look bad by any means – more importantly, the scenes in which it is featured are riveting and the film is produced beautifully. It is also led by a phenomenal South Korean cast, including award-winning lead Song Kang-ho. 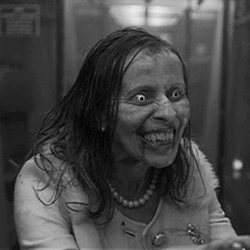 Release Date: 2015
Good werewolf movies are a dime a dozen nowadays, and Paul Hyett’s Howl is certainly one of the most noteworthy in recent memory. Like some of its well-received contemporaries, Howl thinks a bit outside of the box and puts the werewolves on a train! More like outside of a train, really. This UK feature follows the passengers and crew of a train zipping through the full-moon-lit night that gets derailed in the middle of a misty forest – prime real estate for a pack of shapeshifting monsters, no? The isolated, claustrophobic setting of the train induces plenty of anxiety and the werewolf creatures themselves are pretty unique among the subgenre and incredibly menacing, which makes for some great action. Though the plot is, perhaps, a little thin, it isn’t meant to be anything very profound… just focus on the monsters killing people, yeah? 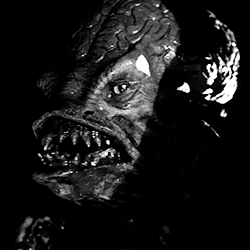 Release Date: 1980
It’s probably fair to say that this one caught us both off guard a bit when we first saw it fairly recently. Barbara Peeters and Jimmy T. Murakami’s Humanoids from the Deep is one of those schlocky, overlooked 80s movies that came out right at the turn of the decade and was overshadowed by Halloween, The Evil Dead, and the like, but is far more fucked up than both of them combined. Amphibious humanoid creatures, the terrible byproducts of scientific experimentation, invade an otherwise peaceful fishing town with one goal in mind: total, unabated chaos. They aim to kill whoever gets in their way and rape the women (disturbing enough on its own) and it’s all quite brutal. The humanoid monster suits are pretty impressively constructed for a low-budget video nasty like this as well and, overall, the film has a very raw and unsettling tone to it. 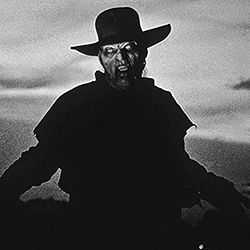 Release Date: 2001
It’s hard to detach yourself from a scummy director like the one who created Jeepers Creepers, but dammit, it’s a great horror film! It’s a nostalgic experience for us, coming out when we were wee lads, and scaring the shit out of us all throughout our adolescence. The Creeper is a fantastic movie monster for a few reasons: it’s basically a demon from hell with an interesting mythology surrounding it, it has a human-like personality that makes it that much more unsettling (partly due to it eating people), and it’s essentially unkillable. When Trish and Darry encounter it on rural backroads and become the envy of it’s eyes, the consequences are truly horrifying, and the almost futile goal of sheer survival is exhilerating to watch. It helps that the film sets an impeccably gritty and dark atmosphere, perfect for the kind of stalking the Creeper is want to do. 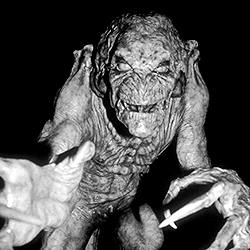 Release Date: 1988
Speaking of fantastic, scary-as-hell movie monsters, we come to possibly the scariest of them all: Pumpkinhead! The legendary Stan Winston’s late-80s creature feature is undoubtedly one of the coolest and most memorable of the era, and though we’ve spoken about it before, it’s always worth mentioning again when discussing monster movies. It was the first in the subgenre that Samael ever saw and the first horror movie to give him nightmares, so that’s saying something. The fact that it’s a giant revenge demon that has no remorse in killing children or, really, anybody that gets in its way, is unnerving enough… but factor in its appearance and ability to apparently jump into incredibly tall trees and you easily have pure nightmare fuel. The practical effects for the Pumpkinhead suit are amazing even by today’s standards, and they’re enhanced by a low-to-the-ground, foggy, and seriously dark atmosphere that gives you anxiety just by experiencing it. 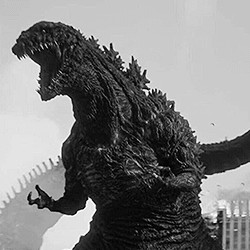 Release Date: 2016
What would a list of great monster movies be without some mention of the King of Monsters itself!? Hideaki Anno and Shinji Higuchi’s Shin Godzilla marks an impressive, large-scale return of the behemoth to its land of origin, Japan, in what is essentially a modern-day reboot. The film by Toho was praised by critics internationally but never generated the steam it probably should have in America, but is still a fantastic portrayal of the iconic monster. Whereas the original black-and-white version was a clever metaphor for Japanese fears over post-war nuclear fallout, Shin Godzilla rides similar themes over different events, namely the Fukushima Daiichi nuclear disaster and Tōhoku earthquake and tsunami of 2011. These eerily similar occurrences make for a familiar story, except Shin is graced by a much larger budget, better technology, and the ingenious idea of causing Godzilla to evolve as the movie progresses, creating a more destructive and terrifying beast as time goes on and the Japanese armed forces fail to take it down. Somewhat like the original, this version of the film focuses heavily on the governmental response to this new threat, exposing the corruption, lack of preparation, and the unexpected heroes that make up a national response to an unseen force like Godzilla. It’s an incredibly interesting monster movie. 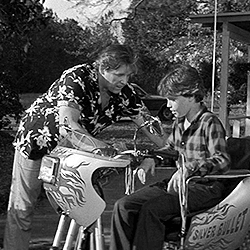 Release Date: 1985
One of the greats, Daniel Attias’s Silver Bullet comes off like a typical whodunnit with one big twist: it’s a werewolf movie! That characteristic is pretty standard for werewolf pictures now, but Silver Bullet was able to make it fresh and interesting with some genuinely fun characters and a great antagonist. It helps that it has the small-town feel of a Stephen King novel since, you know, it’s based on one and all, but it is a genuinely important part of the film. When people start to get maimed in said town, it’s up to a wheelchair-bound boy, his sister, and drunk uncle Gary Busey (hello, what?) to solve the mystery and take down the big bad werewolf, whoever it is. The monster itself is pretty effective because you don’t see too much of it throughout the film, though the practical effects are widely appreciated. 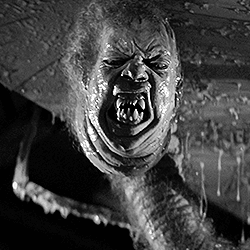 Release Date: 1982
Our last film on this list is another of the all-time greats, and not just in terms of monster movies, but horror in general! John Carpenter’s The Thing needs no introduction, but if you’re like Samael and only saw it for the first time a few years ago, you probably understand the hype now, and if you’ve never seen it, you owe yourself to drop everything and do so now! Apart from being an excellent sci-fi horror film and mystery, it’s a great monster movie on its own terms. The alien creature that finds itself crash-landed in Antarctica is one of the most memorable in horror history, taking the appearance of the research station crew but occasionally becoming something very inhuman and genuinely scary. The practical effects are considered some of the best of the era and the film overall deserves all of the praise it gets (despite being panned upon release – what a bunch of jokers, right?). It’s also got one of the most effective jump-scares out there! Nobody makes them like John Carpenter, huh?

Thanks for reading! If you enjoyed this article, please be sure to check out our others here. We hope to either stream on Instagram live again soon or write up another article as we continue to be patient during this pandemic, so stay tuned for more on our content. Don’t crawl back into your tombs just yet…