Welcome back, gravers, to another rendition of our Painful Picks! This week, we have something a little different… we’ll be recommending 10 of our favorite horror video games! If you missed the last live stream on Instagram, don’t worry, because you can find the full list of suggestions below, but we had a lot of fun talking about these games. Video games have always been important to us and have only grown as a storytelling medium and hobby over the years. With advances in technology, horror-based video games, in particular, are able to deliver a truly unique, personal experience that will make you question turning the lights off.

For this list, we’ve included links out to the Wikipedia pages of each game (apart from Monstrum, which was unavailable), which have a lot more information about the games and what platform(s) you can find them on, so we’ll omit that for the sake of compactness. You can also feel free to Google search the games and find the available platforms that way too, though most should be available on either Playstation, Xbox, or on PC via Steam. Price points vary depending on the vendor, but many of the following games are usually on sale! 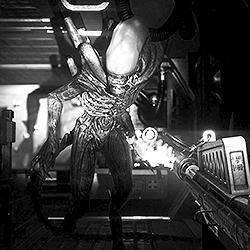 Release Date: 2014
One of the most authentic and innovative horror gaming experiences of the last several years, Creative Assembly’s Alien: Isolation puts you in the shoes of Amanda Ripley, the daughter of the original film’s protagonist, 15 years in the future as she looks into what happened to her mother. You quickly learn that you’re not alone in your environment, being forced to contend with humans, androids, and of course, the alien xenomorph on your quest for the truth. The game emphasizes stealth and survival horror, giving you precious little resources to use to contend with the truly terrifying alien and the other antagonists. The xenomorph’s AI is top-notch and makes it scary as hell, and the gameplay is anxiety-inducing and intense. We highly recommend this one. 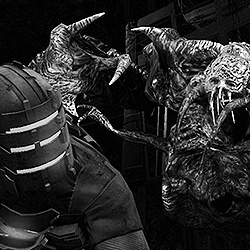 Release Date: 2008
When EA’s Dead Space came out, it practically reinvigorated interest in modern horror video games. With a focus on atmosphere, sound design, and innovative gameplay elements, Dead Space peppered in some incredibly terrifying jump scares and monsters and quickly became an iconic horror game. Like the previous title, this game puts you into the futuristic shoes of an engineer as he battles the Necromorphs on a desolate spaceship. The game is gory, dark, and very unsettling, but gives you plenty of unique tools to deal with the monsters on board the Ishimura. You’ll have just as much fun with the combat as you do the horror. 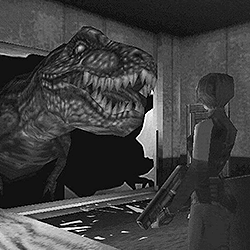 Release Date: 1999
After the incredible success of Resident Evil, Capcom stayed in the horror realm with Dino Crisis, a similarly designed survival game that ratcheted up the intensity found in RE and created a “panic horror” game sure to terrify. As special agent Regina, you investigate the recent occurrences at a secret island research facility, only to find out that dinosaurs are on the loose! The game improved the RE formula by utilizing 3D environments and stellar sound design, which paired with advanced dinosaur AI made for a nerve-wracking adventure. Fighting off the dinosaurs was scary in and of itself, but the jumpscares were out of this world! 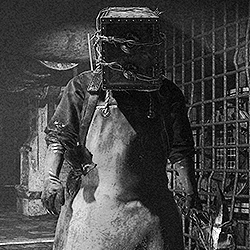 Release Date: 2014
Tango Gameworks’s The Evil Within capitalized on the recent surge of third-person survival horror games and delivered a very Resident Evil-like experience. You play as detective Sebastian Castellanos, who gets sucked into a nightmarish world and forced to fight terrifying creatures in his journey to figure out precisely what is going on and who was behind the recent carnage at a mental hospital. Although the story gets a little convoluted, the gameplay is engaging and there’s a great mood established throughout the game. 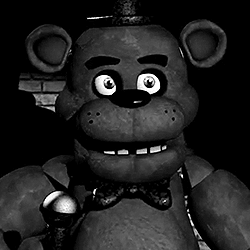 Release Date: 2014
The game that launched one of the most profitable pop culture franchises in recent memory, Scott Cawthon’s Five Nights at Freddy’s took a relatively simple formula and made it work to a staggering degree. Point-and-click games, at their core, aren’t terribly complex, but the limited freedom in where you can move and what you can do make the impending jumpscares and the creepy scenes that much more effective. With several sequels, books, and a film adaptation in the works, Five Nights at Freddy’s is hard to avoid, and if you haven’t played it yet, now’s as good a time as any! 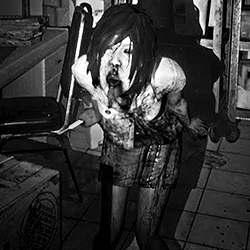 Release Date: 2017
This little-known Thai game by Yggdrazil Group will cause your spine to tingle! In Home Sweet Home, you control Tim, who must embark on a harrowing journey through a mysterious location to find his wife. Along the way, you are forced to contend with a ghostly figure and towering demon while having very few resources to fight back with, meaning that stealth and problem-solving are going to be your real tools. This conscious decision makes your playthrough even scarier and the game is great at establishing an unsettling vibe. As a foreign independent title, the game is pretty overlooked, but well worth the few dollars. 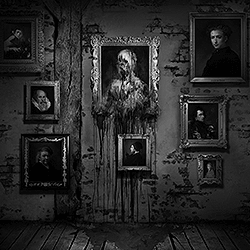 Release Date: 2016
One of the shorter games on our list, Bloober Team’s Layers of Fear is quite the literal work of art. There is no combat or even really any stealth to partake in. Instead, you’ll enjoy a superbly creepy narrative experience about one successful painter’s tormented family life. The game effectively uses the broken mind of the player-controlled character to establish a warped, horrifying home environment, and progressively darkens the content of the already-unnerving paintings littered throughout. When you encounter the creepier elements, you’ll already be invested in the story the game is trying to tell, and it’s worth sticking around for. The graphics are certainly beautiful, and while the gameplay itself is only so engaging, you’ll appreciate the effort put into freaking you the fuck out. 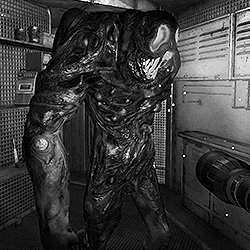 Release Date: 2015
Another lesser-known title on our list, Team Junkfish’s Monstrum is a really unique survival experience. It’s very independent, so the graphics are not top-notch, but don’t let that detract from the enjoyment you’ll get out of this game. There’s plenty of attention paid to creating a scary and uncomfortable setting, and the host of monsters in the game makes it that much better. Your goal is to escape from an impossibly large ship by any means necessary, all while avoiding said monsters. Again, you won’t find much help in the form of weaponry here, having to solve puzzles, run away, and gather materials to aid in your escape instead. It’s a challenging game, but rewarding if – and when – you complete it! 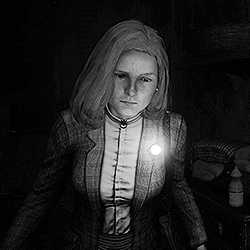 Release Date: 2018
A spiritual successor to the legendary Japanese Clock Tower games, Stormind Games’s Remothered: Tormented Fathers pays homage with some tremendously spooky production value and minimal resources for traversing the home of a good doctor. As Rosemary Reed, you’re on the hunt for information about the disappearance of the doctor’s adopted daughter, and the game blends investigation with survival well. You primarily encounter the red nun, an elaborate monstrosity that chases you around with something that looks very, very sharp… Anyway, the game is set in the 1970s and plays well. If you enjoy other games focused on stealth and making you feel helpless that also feel a good story, this one is for you. 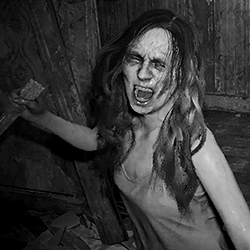 Release Date: 2017
Capcom’s Resident Evil 7 is the most recent entry in the main Resident Evil video games series and a departure from many of the established franchise elements. Whereas subsequent RE games became more action-focused and their stories less scary, RE7 returns to the franchise’s survival horror roots and puts you in command of Ethan, a man searching for his wife on the grounds of a plantation inhabited by a crazed family. As the first RE game to employ a first-person view, it heavily emphasizes a murky atmosphere and minimalistic survival gameplay to make you feel far more uncomfortable than you would in any other Resident Evil entry. It helps that the cannibals are pretty damn scary too! And don’t worry, though it isn’t immediately apparent, the game does take place in the collective world of the main Resident Evil franchise.

Edit: Our apologies. Barnabas forgot about the last-minute change to the list, so Outlast has been replaced by Remothered: Tormented Fathers, as it was on the live stream. Thanks!

Thanks for reading! If you enjoyed this article, please be sure to check out our others here. Next weekend, we’ll be back on Instagram Live to talk about some of our favorite monster movies, followed up by a similar article right here on the web-ssssssite, so don’t crawl back into your tombs just yet… Follow us to tune in!