Welcome, gravers! This is the one you – may? – have been waiting for. After several weeks of live streaming spooky suggestions on specific streaming platforms and underrated gems, we’ve finally hobbled our way back in time… to the 80s! What’s generally accepted as the “Golden Age” of horror by genre fans receives a lot of exposure to this day and that isn’t likely to change anytime soon. From the slasher craze we all know and love to some truly unique horror films, the 80s invokes nostalgic memories of simpler, better times – even for those of us who weren’t even born yet!

Our full list of 80s horror recommendations is below, and this one is a little different yet. Because a lot of movies from this decade are familiar to people, we picked some classics and some that are still a little overlooked, and because of their status, some may not be readily available on streaming services. That said, you can still rent a few of these movies, and all of the available options are listed next to the film title. Don’t be afraid to send us a message if you have any questions. 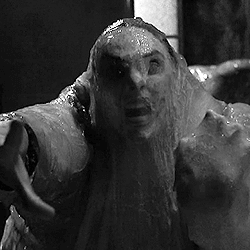 Release Date: 1988
We begin the list with a remake (of which there were many in the 80s), and one that a lot of people feel is actually superior to the original in many ways! Steve McQueen is a legend, but Chuck Russell’s 1988 version of The Blob is truly special. Co-written by Frank Darabont and featuring some incredible effects and animatronics by Tony Gardener, The Blob elevates a somewhat tame black-and-white original to a gross, gory, and supremely intense creature feature that deserves more attention than it gets. The kills are phenomenal, it feels like an 80s horror blockbuster, and it’s the perfect night-time summer flick. 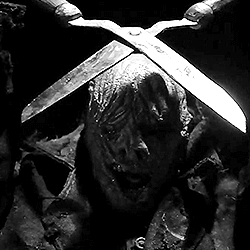 Release Date: 1981
From a film that takes place largely at night to one that mostly takes place during the day (a rarity in the slasher subgenre even after it’s release), Tony Maylam’s The Burning still sits near the top of the ladder as one of the finest slashers ever conceived. The Weinstein stain, unfortunately, lives on this film, but that shouldn’t besmirch it after the long and celebrated history the movie itself has had. Based on the Cropsey legend, The Burning has one of the coolest slasher killers and one of the greatest murder scenes ever committed to film. Plus, a young Jason Alexander! 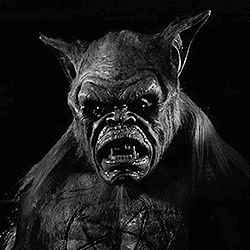 Release Date: 1988
Now here’s one you may have never heard of or seen before, which would be downright unfortunate. The legendary John Carl Buechler’s Cellar Dweller was one of those late-80s straight-to-video monster movies that probably found its place behind several other horror movies that started with the letter “C” in video stores, but not one that should be missed! Written by the infamous “Kit Dubois,” or Don Mancini in disguise, this a fun horror film with a cool concept and a sweet (practical!) creature. When an aspiring comic book artist returns to the house – now an art school – where her idol reportedly killed himself and a young woman, she begins to experience strange things while continuing his legacy of… the Cellar Dweller! 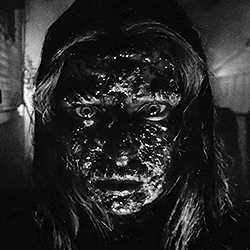 City of the Living Dead (Shudder)

Release Date: 1980
Though most of the popular 80s horror films came out of America at the time, there were still several Italian directors that were making the genre – and its fans – proud. Lucio Fulci was one of them and began his lauded “Gates of Hell” trilogy with a little number called City of the Living Dead. Setting the standard for his work with the undead in Zombie just a year prior, City is considerably more odd and surrealist, following a psychic and newspaper reporter who intend to stop the gates of hell from opening and littering the Earth with – you guessed it – zombies. The movie has some classic Italian horror flourishes and excellently disgusting practical effects work, including some legitimately unnerving undead! 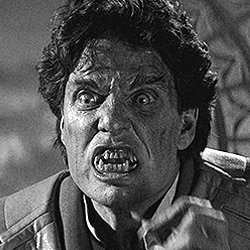 Release Date: 1985
While the early-to-mid 80s were chock-full of slasher movies, 1985-86 seemed to mark the steady transition into more unique supernatural horror. Tom Holland’s beloved vampire film Fright Night, is perhaps one of the most important of all. The film screams 80s and is both fun and terrifying, showcasing a tight and incredible script alongside the stunning effects work of Entertainment Effects Group out of LA. The casting is also amazing, providing for one of the most enjoyable main character groups in horror history, which includes the villain himself, Chris Sarandon’s charming and menacing Jerry Dandridge! If you’ve somehow never seen Fright Night, drop everything and do so right now. 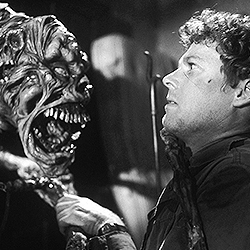 Release Date: 1985
So, remember how we said that 1985 marked that transitional period in horror, away from slashers and on to more supernatural stuff? Steve Miner’s House is probably the perfect example. It’s almost like The Evil Dead on crack, featuring a slew of wonderful and wacky creatures invading dream spaces, flashbacks, and the house in which struggling writer Roger Cobb lives. The film does an admirable job in blending the strangeness of Cobb’s new world with his past sins and regrets, featuring more impressive practical effects work and a lighter tone that makes for a truly entertaining mid-80s feature! 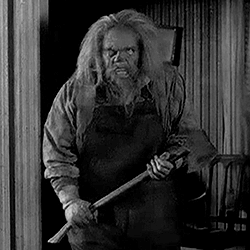 Release Date: 1981
Joe Giannone’s Madman came about as a last-minute audible play. When Giannone and co-writer Gary Sales conceived the original film, it was also a take on the Cropsey legend, but had to be reworked when the pair caught wind of – you guessed it – The Burning. So, instead, Madman Marz was born! Though Madman is probably less appreciated than The Burning, it’s still a bloody serviceable slasher film. We love that it takes place solely over the course of one fateful night at a campground and has that blueish tinge that just makes everything a lot… creepier. If you can get past the strange philosophical musings of the annoying characters, you can watch them be killed in sick and brutal fashion! Let’s face it, that’s all you really need from an early 80s slasher movie. 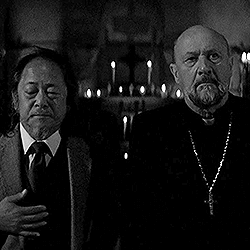 Release Date: 1987
A John Carpenter film, in one way or another, holds some kind of weight in horror circles. Prince of Darkness, strangely, has a cult following but often falls to the wayside when any of his other films are mentioned instead. It’s a bit of a shame because Prince lives on as perhaps the most interesting and imaginative exploration of the Devil in horror. Well… of green Satan goo, anyway. When a team of graduate students encounters a vat of this evil liquid, they must stop the end of the world – which apparently includes a zombified Alice Cooper! You can’t get much scarier than that… but the film still maintains a sort of dismal atmosphere and features some cool effects, and doesn’t deserve to be overlooked! 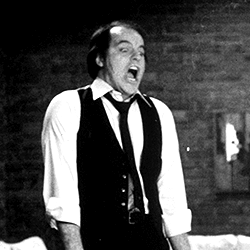 Release Date: 1981
This is perhaps the film that really began David Cronenberg’s rise in the body horror genre, as it still remains the most popular and well-received of his pre-Videodrome filmography. Scanners tells the tale of a group of individuals with psychic powers that have the ability to make people’s heads explode! The story is highly engaging and Michael Ironside’s Darryl Revok is one of the more interesting and intimidating horror antagonists out there. Though Scanners leans more into the sci-fi realm than outright body horror, it has one of the craziest cranial blow-ups in horror cinema history and deserves all of the praise it gets.

Release Date: 1983
And so we reach the end, and what better movie to finish this list off with than one with possibly the craziest ending in all of horror? We are, of course, talking about Robert Hiltzik’s Sleepaway Camp. We mainly remember the movie for its shocking end scene, but it’s still a great summertime camp slasher that almost functions like a classic giallo in the vein of Friday the 13th with the way it portrays the killings. Angela is also a very interesting character from a psychological point of view that even modern horror mostly fails to emulate. You probably love it for the now-classic ending, but Sleepaway Camp is rightfully one of the better slashers of the era.

Thanks for reading! If you enjoyed this article, please be sure to check out our others here. Next weekend, we’ll be back on Instagram Live to talk about some of our favorite 90s horror movies, followed up by a similar article right here on the web-ssssssite, so don’t crawl back into your tombs just yet… Follow us to tune in!